The Battle of The Blue 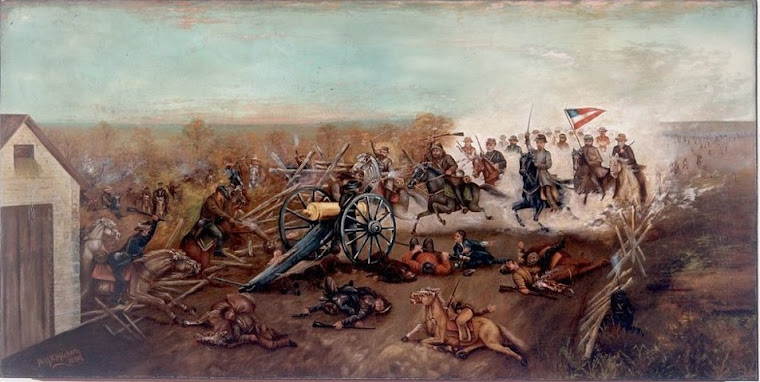 In a previous post "Shot Down in Cold Blood After Capture" I wrote about some of the men of the 2nd Kansas Militia who attempted to surrender after the Battle at the Mockbee Farmhouse and were shot at point blank range by their Confederate captors.  One of these unfortunates was Lt. Col. Henry Martyn Greene, the ranking officer of the 2nd K.S.M. remaining on the field after the battle.  Greene had tried to rally his men in the moments after the Rebel line had over-run and out-flanked his Command, but quickly realized that his remaining 100 or so men would all be killed by the 2000+ Confederate soldiers that surrounded them.  While attempting to surrender, Lt. Col. Greene was shot multiple times and left to die in the underbrush.  Due to the severity of his wounds I had initially presumed that Greene was rescued where he lay for three days after being shot, but after visiting his grave on the Find A Grave website link I discovered that this was not the case. 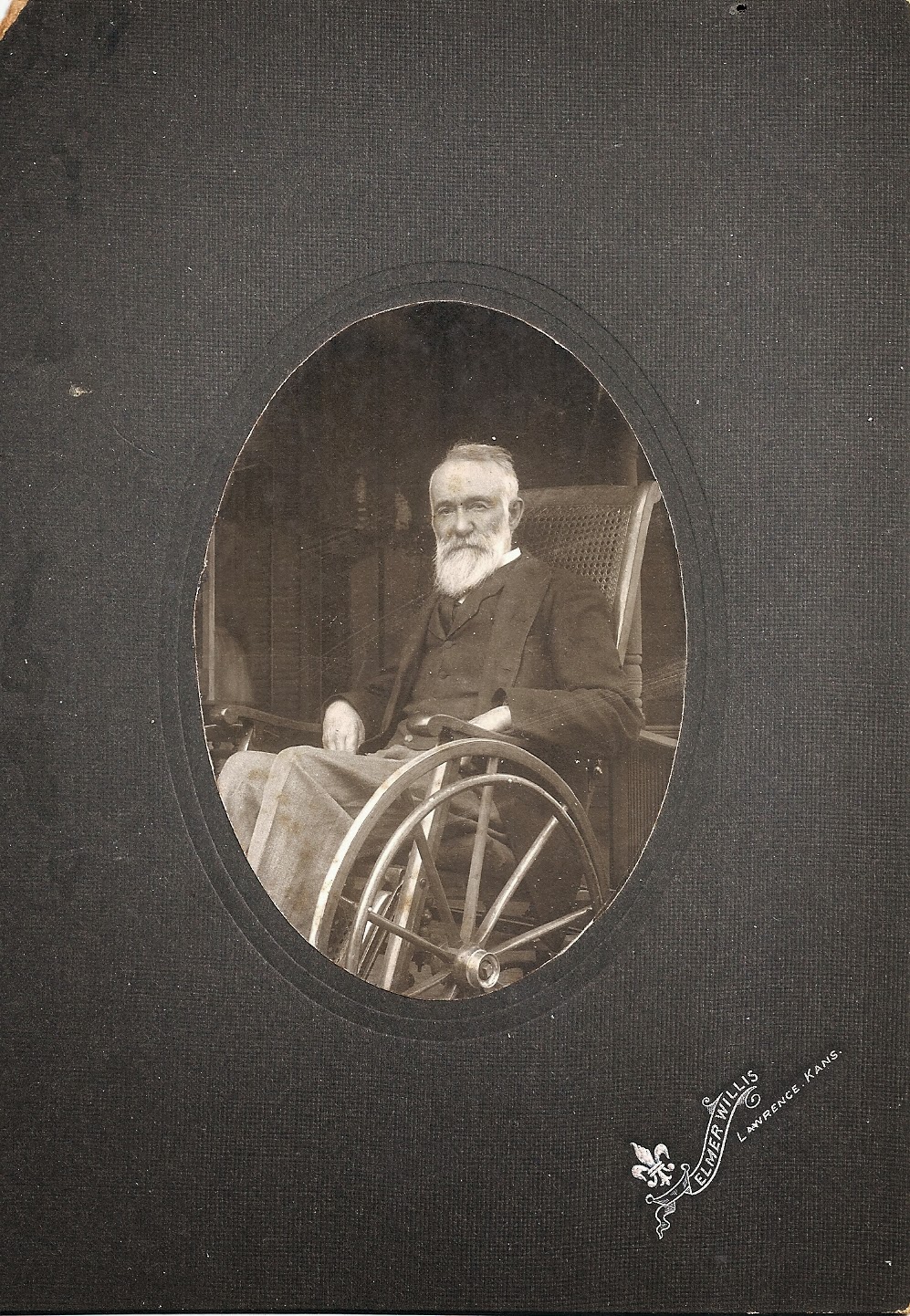 photo courtesy of Kathleen from Find A Grave
The truth turned out to be that not only was Lt. Col. Greene overlooked by the burial details who scoured the field for bodies after the Battle of Westport, but he had missed his own funeral as well.
Henry Greene's wounds were such that he could barely move and he had also been stripped of some of his clothing by retreating Confederates. For three days he must have gone through a surreal hell, drifting in and out of consciousness, lapping the morning dew from overhanging leaves and groping for the late season berries which still clung to the vine. It brings to mind Richard Harris in the movie "Man in the Wilderness", in which Harris' character, Zachary Bass is mauled by a grizzly and left for dead by his comrades.  Like Bass, Henry Greene's comrades also presumed him dead and like Bass, Greene surprised them.
As Lt. Col. Greene lay hanging between life and death for three long days, dramatic events were transpiring. Battles were fought, bodies were gathered and buried, remains were dis-interred and reburied. Somehow Henry passed through these 72 hours and found himself still alive - and realized that if he wanted to remain that way he would have to save himself. And so he crawled out of the brush and slowly began to drag himself toward a farmhouse a mile distant. The following account was from a biography written shortly after his death in 1900:
He presented a melancholy sight, his face covered with blood and dust and hair matted with blood from the wound in his head. It happened that the farmer was a Union Man and he gave him the kindest treatment, conveying him to Westport, where he was taken to a surgeon. On telling the surgeon who he was, he was told that Colonel Greene had just been buried, but he succeeded in convincing the man of his identity after a time.  His wounds were treated, the balls extracted, and he was given the best attention possible.
Although he never fully recovered from his wounds, Henry Greene did retain the indomitable spirit for which he was named Lt. Colonel.  A list of his accomplishments after the War: Co-founder of Lane University, Minister for The United Brethren and later The Presbyterian Church, Superintendent of the Kansas Home for Imbecile Children, Editor of the Lawrence Journal and later the Lawrence Daily Record, and through all this he served in the Kansas State Senate.  He was also a member of the I.O.O.F. and the G.A.R.  Henry did not believe in sitting around on his ass.
The Rebels who attempted murder that long ago day near the Mockbee Farmhouse had no idea that it would take something more than bullets to end the days of Lt. Colonel Henry Martyn Greene.

From the diary of Samuel J. Reader

Holding the line as the Rebels advance